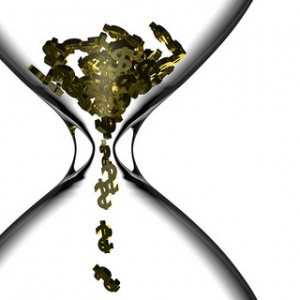 I really need to thank Joel for this – this blog post and this blog (comeback?). His great blogging and amazing content curation have got me back to blogging. Specifically a post by Adii Pienaar titled “The Greatest Hits Are Obvoius“. You know – music, technology… who can resist that?!

Adii writes about how some songs have obvious hit qualities, and how our mind makes a decision that a song is a hit before you can logically and objectively come to the same conclusion.

He himself is puzzled with the conclusion, but still notes that “the greatest hits were obvious“. More specifically (and after explaining the relation between working on a song and working on a startup):

A Few Tiny, Perfect Examples That Will Blow Your Mind

As a music buff, let me start off with a few well-known examples*:

#1: The Blowers’ Daughter by Damien Rice

In 2001 a young Irish musician called Damien Rice released a song called “The Blower’s Daughter”. The song made the top 40 chart, but didn’t become a great hit.
Over the next year Rice continued to record his debut album, O. Released in 2002, the album was quite successful, as the songs “Cannonball” and “Volcano” becoming hits in the UK.In 2004 “The Blower’s Daughter” was included in “Closer“, a Mike Nichols box office hit. The rest is history.

Originally recorded in 1972, and featured on Lou Reed’s album Transformer, “Perfect Day” remained hidden from the public eye for almost 25 years, until it was featured on the 1996 classic “Trainspotting”, and blasted through the roof with record sales, cover versions and fame.

Released originally in 1971, “Tiny Dancer” appeared on Elton John’s 4th album, “Madman Across The Water”. It was released as a single in 1972, but reached only #41 on the U.S pop chart, and so was not even released in the UK.
The song slowly became popular, mainly due to air time on adult contemporary and rock radio stations, and finally received its break on the 2000 Cameron Crowe film “Almost Famous”.
It finally reached Gold in 2005, and Platinum in 2011. It is now one of Elton John’s most famous and well-recognized hits.

So Are Greatest Hits Obvious?

Well, some hits are obvious. But as a music lover I would have to say that most of the songs that have remained with me for a long time seem to be songs that took time to grow on me. And those monster hits, you know the ones – those who rise straight to #1 and stay there for a few weeks – well, most of the time I grow tired of them just as quickly.

As a music critic I know of a few cases where I missed a great song, album even, in real-time. In fact that is the main reason I decided not to write about an album (or song) the same day (or even week) I get it, and I forced myself to listen to it for a while before expressing my opinion on it.

Some great ideas, great songs, great albums remain great. Some of the greatest ideas/songs/albums are obviously great from first sight (or listen). But there are too many cases where intuition is not right, cases where it takes time to fully understand and decipher the magic, that I have learned not to pass judgment too early in the game.

OK, Enough About Music. What About Startups?

As Adii well noted – same thing. Some of the greatest hits were obvious. Angry Birds, for instance. But some have disappeared just as quickly as they sky rocketed. Anyone wants to play Draw Something?

And those “obvious” hits, which wowed me at first, like Path for instance, or Google+, have been abandoned by me along the way, with all due respect to their great ideas and execution.

Other services, less obvious at first, became my 2nd nature. Like Twitter, for example. I would love to say that as soon as I joined (2008) I got it and fell in love with it, but that is not true. It grew on me. Instagram?  Same story for me.  Evernote?  Took even longer, but now I can’t live without it.

So you see – I’m grateful to have learned patience, and to allow new ideas to take their time. And as someone who has been working full time for a long time now on my own disruptive startup, I remind myself that every time I look at the metrics, and – just like Adii – wonder.

Intuition is important. I myself give it a lot of credit, too much even. But you owe yourself, and those great ideas, to wait a little and let your intuition do its magic – not just at first sight, or first experience, but also after the fifth or tenth time.

Do people spend the time to appreciate ideas that take a while to grow on you?  I am not sure. We’ve grown to be impatient, and as such we miss a lot of great hits just because they are not obvious. I hope we won’t regret it. I know I have, at least a few times.

* I thank Boaz Cohen for his help with the examples.