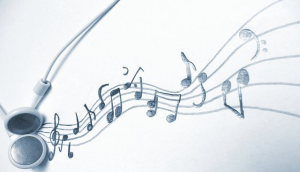 “The tide is high, but I’m holding on
I’m gonna be your number one…”
(John Holt)

However when the tide went out,  there seemed to not be much under the Tidal hood but a £20 a month price tag. Yes, there was this noble vision of giving more revenue back to the artists, and the promise of lossless streaming (won’t even get into this one…), but at the end of the day – how does Jay Z plan to justify the pricey subscription fee and beat the competition?  Exclusive content.

Has anyone joined Tidal because Beyonce released her new song exclusively there?  I seriously doubt that.  Has anyone left Spotify for the competition becauseTaylor Swift took her catalog off the service?  A few fans maybe.  Has anyone bought an iPhone to get U2’s latest album for free?  Pffff.   You see, the harsh truth is that there is no such thing as exclusive content, and that with a practically limitless catalog no one really cares about a little exclusivity here and there.

It’s 2015, folks. Every song, by any artist, is available to stream and/or download online within seconds for the average Google-using Joe. Artists have pretty much given up the fight against piracy, and are actively trying to use it for their own benefit (promote their music, grow their fan base, etc.). You can’t really keep anything exclusive once it goes online, and – as Madonna recently learned – many times even before that.

And if something is exclusive, do we really care?  3 years ago Andy Baid compared two of my favorite streaming services, Spotify and Rdio, by their content. He found out, for instance, that Rdio had 12 Bob Dylan albums streaming exclusively (at least back then), while Spotify had 3 from Underworld and 3 from Katatonia. Would that make anyone leave their favorite music service, forget their listening habits, let go of their valuable playlists, playing history, friends?   Maybe some die hard Dylan fan would, but not the majority of users. In fact, I argue that as most people stream only the most popular songs anyway, the majority of subscribers won’t even notice that this or that album is missing.

Hence the need for PR. “Beyonce is streaming exclusively” is a perfect title for a marketing campaign, but other than the entertainment press, no one cares. Because everyone is streaming it already on YouTube, and because it’s simply not enough for me to leave my trusted music service, with its mobile app that I love, and social graph I have built. You want to take your content off my music service?  Well, go ahead. I’ll just look for it elsewhere (if I will look for it at all).

Newsflash: If you’re a music artist in 2015, you need to be everywhere. On every service. In every device. Madonna, who can teach marketing classes to many of the young and inspiring music stars of this day, just released her new music video,Ghosttown, on live video sensation Meerkat as well as old school VEVO, on Jimmy Fallon and on Tidal, and of course on YouTube. Wherever you are, whatever you’re using to listen to music, Madonna will play it for you. Because Madonna knows exclusive content is a myth.

And it’s time to say it out loud, even if it puts us users in a kind of a shady light. Spotify and Netflix have proven that many of us will pay a reasonable monthly subscription fee to get all the content we want. But they’ve also proven that most of us will consume the content we want, even if it is missing on these “legit” services, in any way possible, each according to his own skills, and we won’t hold for anyone. Not even for Beyonce.

“Drink in your summer, gather your corn
The dreams of the night time will vanish by dawn
And time waits for no one…”
(Mick Jagger)

Headline photo by Photosteve101.
Thanks to my good friend Yael Beeri for going over this post and making sense out of it.