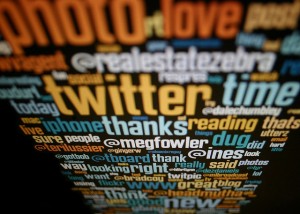 Having said that it’s clear that something is wrong with Twitter in a sense that users, avid users, feel that the Twitter team is not listening. And by team they mean whomever is in charge of product decisions in Twitter. And by not listening they mean that sometimes (hell, most time) it fells as if those who are part of “the flock” are simply not eating their own dog food.

It’s probably the hardest job in the world to be in charge of product in a company that has at least a million product people as users. And this is definitely going to sound like one of those people’s rants, but I’ll write it anyway. Mainly because I really believe that these 5 (!) EASY (!!) things that twitter needs to fix ASAP (!!!) will not only truly improve the user experience dramatically, but also show that Twitter cares. And understands.

So here we go:

Retweet is great, but we’re not just product minded people here, we’re minded in general. And we want to add our own comments to people’s tweets. And we want to change those tweets, edit them, mix and remix them. It’s part of the Twitter magic. So why take it away?

Telling your story in 140 characters is great. It is what made (and still makes) Twitter a magical platform. But…

There are cases where 140 characters are not enough. And in that case you want to writeanother tweet, and link it to the previous one. How? you simply reply to yourself. Which works great, but has this pesky annoyance in the form of “@yourself” in the beginning.

Now why would I want to mention myself? It really serves no purpose, and is totally not required in today’s UI, where anyone can clearly see this new tweet relates to a previous tweet. Only things this achieves is wasting valuable characters and annoying the user (who now needs to delete the mention).

Time to lose the self mention, Twitter. Nobody needs it.
3. It’s a Conversational Tool

Surprise, surprise: Twitter is a great platform for multiple participant conversations. It starts with an innocent (or not) tweet, and then multiple people reply, and before you know it you’re trying to reply to everyone and run out of characters with all those @mentions taking all the valuable tweet space.

Wouldn’t it be great if I can reply to a tweet (or even compose a new one), select a bunch of people I follow or who follow me, and they will be “tagged” as part of the reply and notified when I post this tweet?

Sure, it’s a bit more complicated then simply mentioning them, but even you guys understand that something is not really working with @mentions. So here’s a great place to solve this, and kill two birds (no pun intended!) with one fix.

Twitter seems to be taking Direct Messages seriously. After all it’s a great engagement tool. And it’s quite useful too. Well, it’s useful as long as you don’t care about previous messages, because, well, it’s a nightmare to look for them.

Adding a basic search, where I can look for all the messages from/to a friend, is really an essential element for any messaging service. Let me find that DM I sent my good friend a week ago, Twitter, or else I would just use the other messaging services out there. And I really don’t want to do that, you know.

I was really tolerant towards the new profile page. I even changed mine as soon as I could. But seriously now – Pinned Tweet? You are, at least the last time I checked, a real-timeplatform, which is exactly how we like you. If I open someone’s profile, I want to see their latest tweets, not some old tweet that they thought would look cool on top of their profile.

I can (maybe) understand the use-case for brands. I honestly can’t find any use for it for individuals. Especially those who tweet often.

Instead, if you really want to make a user’s profile more enjoyable to me, a fellow user, how about showing me their most retweeted tweets, or those who got the most replies, or most favorites (or a combination of those)? That would be a valuable addition. Pinned tweet? lose it.

And there you have it, Twitter. @Jack once said his goal was “to simplify complexity”, and these 5 easy fixes are doing exactly that. And they will make us simply happier as well.